Over a decade ago, as I looked at what I wanted to be doing with my life and creating in the world, I realized that I wanted to try an experiment. I wanted to create community that worked together, created together and was out to make a difference in the world. And I meant “worked” together literally – as in co-operating a business.

Well, I did so. I gathered together a dream team of folks that I loved creating with. I didn’t get everyone I wanted on board, and there were even some surprise partners that showed up, but what we created over the next seven years was miraculous. I learned more about myself, people, groups, business and co-creation than I would have imagined possible.

Other people also recognized how extraordinary we were. Dream Team Technologies won ethics awards, invented new technologies, volunteered in the community, made major contributions to education and to non-profit organizations, and even started an alternative currency. The experience of being a team member also transformed many people’s lives.

It was not all roses… or at least there were plenty of thorns, but the experience of our creative energy and ability to tackle challenges, solve problems and pioneer new frontiers has never been paralleled.

As a number of the vision holders left, the company spiraled downward. It was fueled by vision not money, and without the people generating new vision, it became something I wouldn’t even want to be associated with (and I’m not).

After spending a few years with a more inward orientation, I can feel that I’m moving toward co-creating with an inspiring team again. Although I am informed by my previous experience, I am not seeking to rebirth a former endeavor, or create a sequel. That would stifle the authentic creativity available in a new group and a new chemistry. I just know it’s time for that kind of magic, intention and power of co-creative genius to be truly unleashed.

I know that I’m more productive, more creative and more powerful when I’m co-creating with an inspired team. So consider this fair warning: I’m setting out to start creating one again. If you think you want to be a part of it let me know. Let me know what part you’d be most inspired to play and who you most love co-creating with.

There is much to be done. The planet needs our untrammeled inspiration

[Leave a comment here if you want to be a part of this picture.]
Posted by Arthur Brock at 8:50 PM 2 comments: 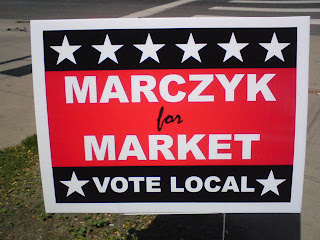 Posted by Arthur Brock at 3:03 PM No comments: